What is Relevant Continuing Education? 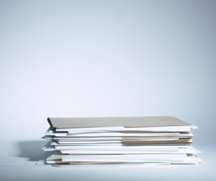 This is the third blog post in a series of posts by the Continuing Education Compliance Committee (CECC) in which we discuss some of the areas of confusion with the CAS Continuing Education (CE) Policy. This article discusses what constitutes continuing education and provides some practical examples.

The CAS requires all its members providing actuarial services to document compliance with CE standards. Different members are subject to different national standards e.g., American Academy of Actuaries (AAA), Canadian Institute of Actuaries (CIA), Institute of Actuaries of Australia, Institute and Faculty of Actuaries in the UK. CAS members may also adhere to the Alternative Compliance Provisions of the CAS CE Policy (CASalt) if none of the national standards apply. Since, as a practical matter, almost all CAS members reported their compliance based on the AAA, CASalt or CIA standards, the remainder of this article is based on these three standards.

1. Section 2.2.1 of the AAA Qualification Standards states that it is important that actuaries “remain current on emerging advancements in actuarial practice and science that are relevant to the Actuarial Services they provide” and that “actuaries working in emerging areas need to be familiar with relevant new techniques and concepts from related disciplines (e.g., economics, statistics, finance, investments, accounting, computer modeling, and law).” Section 2.2.7 states that CE is “relevant” if (1) it broadens or deepens an actuary’s understanding of one or more aspects of the work an actuary does; (2) the material expands an actuary’s knowledge of practice in related disciplines that bear directly on an actuary’s work; or (3) it facilitates an actuary’s entry into a new area of practice.”

2. The CASalt requires that CE be job-relevant and defines “job-relevant” identically to how AAA defines “relevant” (see Part (4) of Section C of CAS CE Policy).

3. Section 2.2. of the CIA Qualification Standard states that acceptable CE activities “must be relevant at the time they are completed and appropriate to support the member in maintaining his or her level of skill and knowledge as the actuarial profession evolves.”

The exact line between “general business” and “other relevant” education depends to a large extent on details of the education. For example, the CECC agreed that a course in presentation skills or MS Word would be general business since neither is specific to actuarial work, while training in using catastrophe modeling software would be “other.” A course in SAS could be general business or other, depending on the topics covered in the specific course. The actuary should consider how much documentation is needed in order to support that the education is relevant to improving actuarial skills or knowledge if it is claimed as relevant education.

The CIA does not place an explicit maximum on the number of “general business” hours that can be claimed but instead sets a minimum requirement for “technical hours.”

The AAA, CIA, and CASalt standards all distinguish between “professional” and other activities, putting a minimum on the hours of professional education. Hours related to professionalism will in general involve reading or reviewing standards of practice or similar topics. In general, education in business skills is not “professionalism,” but again, the actuary must use his/her best judgment in determining what to count and how to document the activity. For instance, the committee felt that training on legal and illegal (from a human resources perspective) interview questions should count as professionalism, but the training would need to be documented as such for the audit committee to determine that it is relevant. Simply documenting a course on human resources or interviewing in general may not be enough to be considered “professionalism.”

Example 1: A CAS member serving on an exam committee where the material is already very familiar to the CAS member. The time spent on this committee probably does not meet the relevancy standards outlined above.

Example 5: A CAS member attending a course to learn new database software or new catastrophe modeling software. Time spent may meet the relevancy standards described above (note that depending on the applicable standard and the precise activities this activity may fall under “general business skills” and be subject to maximum annual credit).

Example 6: A CAS member attending a general session at a conference presented by a pundit from a popular television news show and addressing current events. Depending on the content and the level of new learnings achieved from the presentation, this activity may or may not meet the relevancy standards described above.

The considerations above have two important implications for the CAS member in documenting compliance with whatever set of CE Standards the member has opted to use. First, the member has the responsibility to ensure that all claimed CE meets the appropriate relevancy standard. Second, the documentation should identify the subject matter that makes the activity, or part of the activity, relevant. Many activities (e.g., serving on a CAS committee, attending a professional meeting etc) include both time that constitutes relevant CE and time that does not. In these cases, it is not sufficient to merely indicate the activity for CE documentation purposes. For example, it is preferable to document attendance at a CAS meeting by recording each session separately rather than simply recording attendance at the meeting.

Summary of the CECC First Year of Work

With the introduction on CAS continuing education standards in 2011 and our first audit of a sample of the CAS members, this has been a year for much thought and discussion on the part of our committee and CAS leadership. This series of blog posts has tried to highlight the activities of the CECC as well as areas of common confusion that arose in the process. In summary of our work this year:

We look forward to additional discussions with members to raise and answer questions around this important topic. We expect that additional guidance will be forthcoming in updated CE FAQs on the CAS Website as well as communication to those serving on exam committees.

We welcome your feedback and comments. Please leave a reply below, or contact the Committee through its Staff Liaison, Melissa Casemier.

3 Responses to What is Relevant Continuing Education?