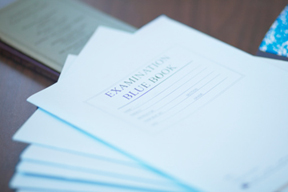 At its August 2012 meeting, the CAS Board of Directors approved the recommendation of the CAS Executive Council and the Education Policy Committee (EPC) that the CAS recognize the exam waivers granted by the Canadian Institute of Actuaries (CIA) for certain CAS preliminary examinations. This action followed the announcement by the CIA of the ten universities that had met the CIA’s requirements under its University Accreditation Program (UAP). Readers are encouraged to refer to the original CAS announcement, as well as embedded links, for a more detailed description of the CIA UAP and the process used by the CAS to consider recognizing CIA examination waivers.

The CAS has received several letters from members expressing a concern that the Board action is inconsistent with the wishes of a majority of CAS members who spoke out on the issue when it was being considered several years ago. The comments below respond to these concerns, and address some apparent misunderstandings of the implications of this Board action.

In reaching its decision to recognize examination waivers granted by the CIA for certain CAS preliminary examinations, the Board considered the following:

CAS leadership is aware that there are members who are strongly opposed to the concept of exam waivers. Some members have expressed the concern that the recent Board action undermines the integrity of the CAS credential and is a way to “open the door” for alternative routes to CAS membership. In reaching its decision regarding recognition of CIA exam waivers, the CAS Board concluded that, because of the rigorous process followed by the CIA in accreditation of universities and courses including ongoing supervision of approved universities by the CIA, CAS recognition of examination waivers granted by the CIA in no way endangers the quality of the CAS education process or the value of the CAS credentials.

We welcome your comments on this issue.

Patricia A. Teufel was the 2011-12 President of the CAS.
Posted in Communications, Exams and Admissions, From the President and tagged Canadian Institute of Actuaries, CAS Basic Education.