Posted on April 4, 2012 by Nancy Braithwaite

As the CAS Vice President-Marketing and Communications, my duties include evaluating the effectiveness of CAS communications with members and improving our efforts to communicate where necessary. Last year, the CAS Executive Council identified several areas of potential improvement as we considered input on how well we are communicating 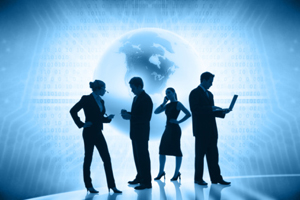 from the Task Force on Improving Communications within the CAS, the CAS Board of Directors, and other areas of the CAS.

My goal with this blog post is to provide an update on recent efforts to enhance communications with CAS members, ask for feedback on our current initiatives, and invite additional suggestions for areas for improvement.

In addition to these initiatives already underway, other projects are in the planning stages such as:

Organizational communications should not be monologues, that is, a one-way exchange. Between the CAS and its members, there should be a two-way flow of information, and we encourage members to engage in this exchange. I think that we’ve made a lot of progress in our efforts to communicate with members, and to invite members to participate in a dialogue with CAS leadership. But what do you think? Please leave a reply below!

Nancy Braithwaite is the President of the Casualty Actuarial Society (CAS). She is a Fellow of the CAS, a member of the American Academy of Actuaries, and a Chartered Property Casualty Underwriter. Nancy has served in numerous volunteer positions for CAS, including as Vice President - Marketing and Communications. Nancy is a 2VP and Actuary in the Excess Casualty Department at Travelers Insurance Co.
Posted in Communications and tagged Actuarial Review, Communication, Social Media, Webinar.
Blog design by Matrix Group International, Inc. ®