Reaching Out to Our Next Generation 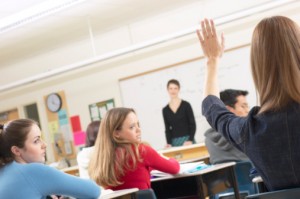 Earlier this month, I attended the Actuarial Students’ National Association Convention in Niagara Falls. The event, geared to Canadian actuarial students, combines educational seminars with social activities and a career fair. With over 400 actuarial candidates in attendance, the conference was a great way for me to touch base with our aspiring members.

I came away confident that the actuarial profession continues to attract motivated and engaged individuals, who are eager to learn and to apply their new-found skills. The conference left me with several questions about what the CAS should be doing to build better, more informed relationships with university students as they begin to make career decisions. Many of these questions will be directed to various CAS committees, but I would also be interested in hearing the perspectives of our broader community (particularly our newer members and our candidates) regarding the effectiveness of the CAS in advancing the message that the casualty actuarial field is one of tremendous opportunity.

I welcome your comments and feedback on these issues. Please “Leave a Reply” below.

Patricia A. Teufel was the 2011-12 President of the CAS.
Posted in From the President and tagged Canada, University Relations.

16 Responses to Reaching Out to Our Next Generation