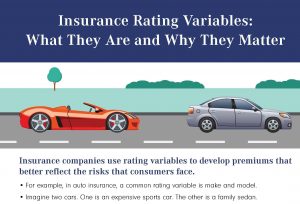 The CAS and the Insurance Information Institute (I.I.I.) recently released a white paper on the use of rating variables to develop insurance premiums.

As a member of the CAS Public Relations Advisory Committee and a contributor to the paper, I would like to give you a little behind the scenes information about some of the efforts behind producing such a paper.  What led to our combined effort to produce this paper?  What were we trying to accomplish?

Earlier this year, the CAS Board of Directors adopted “Guidelines for Making CAS Educative Statements.” Such statements are a new tool that will further the CAS’s mission as a provider of education in casualty actuarial science. They typically will relate to an issue that has emerged in a public forum, and about which the CAS believes that timely clarification, correction, or education is appropriate and desirable.  The white paper on rating variables is the first of what we hope are many similar types of statements CAS will issue in the future.

So, where does the I.I.I. fit into this?  What led to a collaboration with the I.I.I.?

The missions of the CAS and I.I.I. are closely aligned in terms of being providers of education around insurance issues. The I.I.I.’s mission is to improve public understanding of insurance—what it does and how it works.  The CAS and I.I.I. have worked together in the past, so a collaboration for this white paper was a natural fit.

Also beneficial was the I.I.I.’s expertise in communicating complex insurance information in an understandable way to the public.  In the review of our first draft, one of the reviewers said, “this paper is great, but it looks like it was written by an actuary.”   As one of the authors of the rough draft, I took that as both a compliment and a concern.  Only after the I.I.I. revised the flow and wording did the paper become something legislators, media, and the public could more easily understand.

Why did we choose rating variables as our first topic?  The use of rating variables is getting increased focus in state and federal legislative groups as well as in the media.  California recently passed a law banning gender rating. Law changes in Michigan will restrict the use of many rating variables such as credit score and geographic zip code.  James Lynch, FCAS, of the I.I.I. recently represented the insurance industry, and the actuarial profession, at a congressional hearing regarding rating variables and discrimination.  As you can note from some of the questions directed at James, this is an emotional issue in terms of what is fair and affordable of insurance.

Finally, it is important to note that this white paper was not intended to influence specific legislation.  The intent of the paper is to help legislators, the media, and the public understand why rating variables help make insurance both fair and affordable.

Ken Williams is the Staff Actuary of the Casualty Actuarial Society. Ken is currently chairperson of the Professionalism Education Committee and has been a member since 2009.
Posted in Communications, Future of the Profession.
Blog design by Matrix Group International, Inc. ®